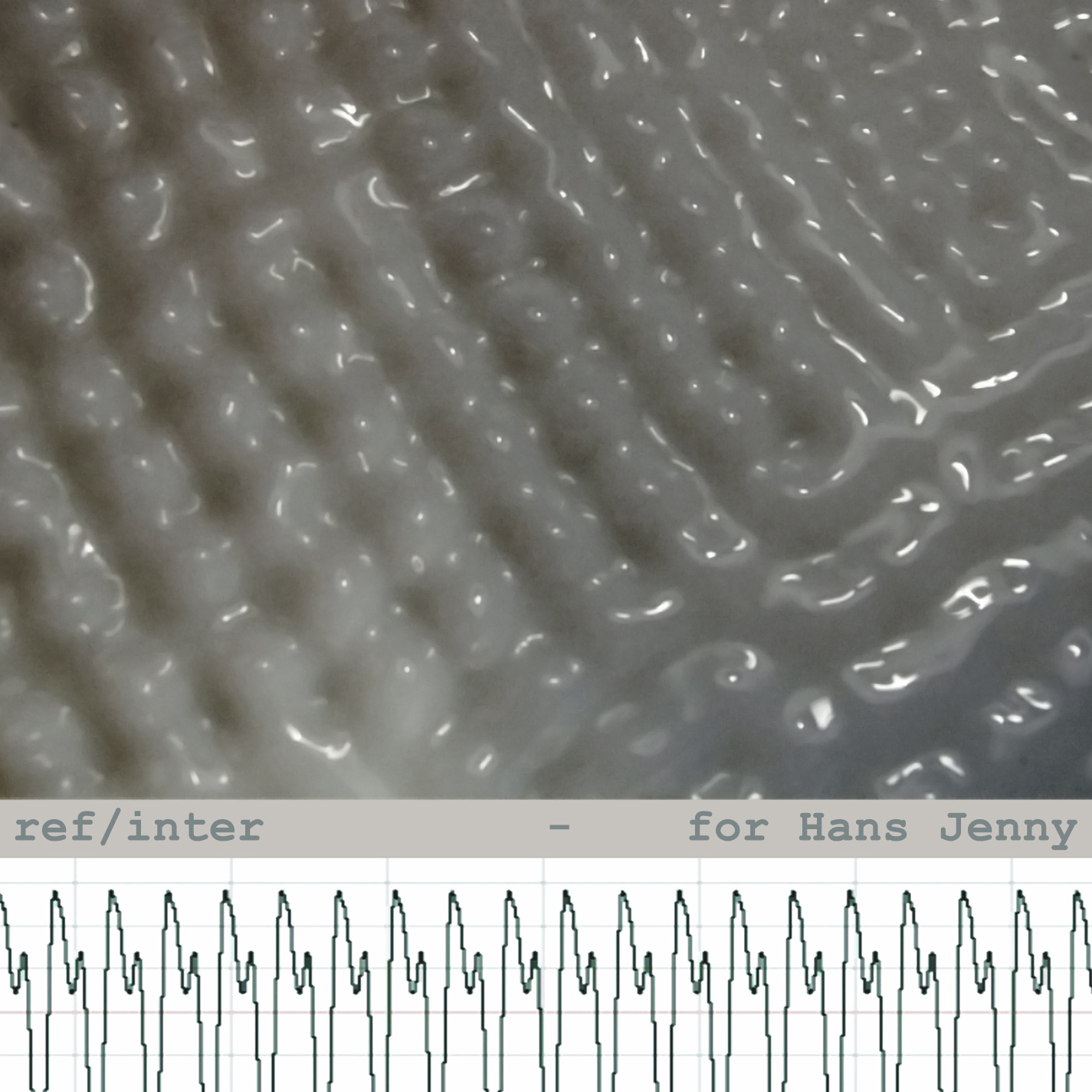 http://www.electronemitter.net/
http://www.electronemitter.net/releases/ref-inter-for-hans-jenny/
Catalogue - EEM056
The album is dedicated to the Swiss scientist Hans Jenny and his work in the field of Cymatics. The visual aspects of sounds that can be revealed through the movement of matter inspired me to try and recreate these experiments. Trying out cymatics led to a certain understanding which sounds create patterns and which parameters influence these patterns. These sounds were not necessarily harmonious in the sense of Western music theory, however, they have proven to be a fascinating asset in my sound archive. Some of the sounds that are part of the album For Hans Jenny were recorded as early as 2010 and they were turned into a performance in 2014. Afterwards, the sounds were dormant in my hard drives only to be revived in the Electron Emitter remastered version.
ref/inter is a project centered around the analysis of the relations of sound and image.